The Anderson Funeral Home was first established in Albee, South Dakota, in 1908. The founders were John M. Anderson and Joseph G. Anderson, sons of Carl and Martha Anderson. Joseph learned the art of embalming in Cincinnati, Ohio, in 1907 and John attended the University of Minnesota in the first mortuary class conducted there in 1909. They decided to move to the rapidly growing village of Watson in 1909 and named the firm - Anderson and Anderson Undertakers. They moved the business to Monte video in 1912 and rented the Paris Fream building on North 1st Street next to the River side Hotel. The brothers were among the few embalmers in those early years and traveled to the surrounding communities of Clara City, Maynard, Boyd, Dawson, Madison, and Benson. They were also one of the first to have a motorized hearse and provided livery service to many area towns. The Anderson brothers worked together until 1927 when Joseph moved to Appleton and established a funeral service there.

John Anderson operated alone until sons Arnold and Kenneth became involved in the business. They began as handymen and drivers and joined the firm following WWII. Arnold purchased the Johnson Funeral Home in Benson and remained there until 1951 when he was recalled into military service. He returned to Monte video and the funeral home in 1954. A cousin of Arnold and Kenneth, Russell Anderson, worked with them for over 30 years before retiring in 1991. 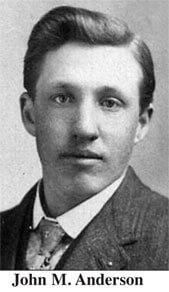 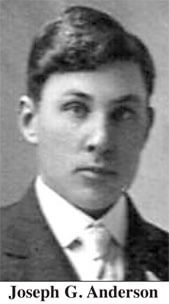 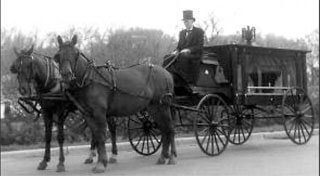 The business changed somewhat over the years as technology and the community changed. As terminology changed the name was changed to Anderson Mortuary and later to Anderson Funeral Home. The firm suffered a setback in 1934 when a fire damaged the rear of the building. Extensive remodeling was accomplished and the firm stayed in the building now housing Main Street Dental Care.

In 1948 the firm followed the trend for funeral homes to relocate away from commercial districts and built a new funeral home at the corner of 3rd Street and Washington Avenue. In the 1960s when Highway 7 was rerouted through town near the funeral home, the building was remodeled to fit with that change. The funeral home building was extensively remodeled in 1999, adding a new separate chapel and multi-purpose room, as well as becoming fully handicap accessible. 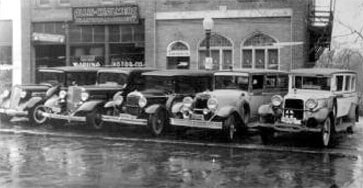 Again adapting to changes in the profession, in 1999 the funeral home entered into a cooperative venture with funeral homes in nearby communities to operate a crematory and maintain better control over the cremation process. The name of the business was changed to Anderson Funeral Home and Cremation Service to reflect this change. 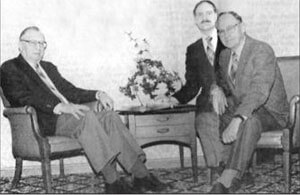 Anderson Funeral Home also shares a long history of service in the Milan area. They worked with Ray Strand and Strand Funeral Service for many years before fully assuming control of the business in 2001. Michael Dahl joined the firm in 1975, Kevin TeBeest joined the firm in 1992 and Careleen Helgeson joined the firm in 2003. Arnold and Kenneth officially retired from business, Michael Kevin and Carleen continued to help carry on the longstanding tradition of the Anderson Funeral Home's service to the Montevideo area. Michael purchased controlling interest in the business in 1990 and  transferred controlling interest to Kevin TeBeest in 2012.  Judy TeBeest joined the staff as a licensed mortician in 2015 and Kyle and Camille TeBeest joined in 2017.

The staff of Anderson's have a long history of involvement in their community and profession. John Anderson began serving as coroner in 1916 and continued to serve as county coroner for many years until the state recommended that the coroner be a physician. The firm has been involved in their state and national associations, with both Arnold Anderson and Michael Dahl serving as president of the state association and Michael Dahl serving on the national board. Kenneth served as civil defense director in Chippewa County for many years and both he and Michael were involved in the emergency preparedness/mass disaster committees in the state. Arnold served on the State College Board and on the Minnesota Department of Health Board. 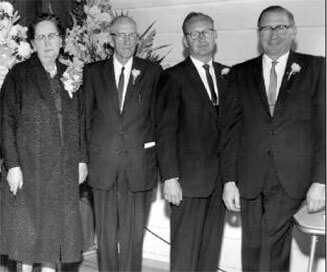 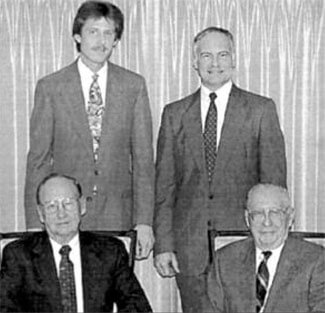 The staff has been intimately involved in local activities including city government, Chamber of Commerce, church leadership, leading campaigns to build hospitals and nursing homes, and serving on many local boards and committees. The staff has always believed that Montevideo is a wonderful community. As members of this community, the staff has felt an obligation to participate, contribute and help ensure the quality of life in the Montevideo area.

As the firm enters its second century of service to Montevideo, the name will again be changed, this time to Anderson-TeBeest Funeral Home and Cremation Service, to reflect the cur-rent change in the firm. Anderson Funeral Home has provided service to grieving families in the Montevideo area for many years. Throughout its history, the funeral home has strived to provide the best possible service, continually upgrading professional knowledge, facilities and equipment to provide the best caregiving possible. As we complete our first century of service in Montevideo, we look back with pride to our past and look forward to serving this community and area in the kind, caring manner expected of us and offering exceptional service to the families we serve. 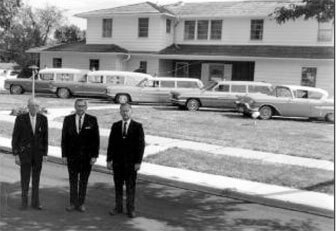